After a buyer selects a firearm to purchase from an FFL, he or she will be required to complete ATF Form 4473, regarding personal identifying information and a questionnaire concerning eligibility to purchase a firearm. Once ATF Form 4473 is completed by the buyer it will be submitted to FPP by the FFL to conduct a background check. The background check will consist of running the buyer’s information through the National Instant Background Check System (NICS), for criminal history and other databases for possible disqualifying history not related to criminal matters such as injunctions, mental health commitment, and immigration issues. For the majority of buyers, the results should be quick. The background check results come in three variations: 1) approval – in which case your transfer will take place, 2) non-approval – in which your transfer will not take place, and 3) delayed/pending – in which case, something in your background requires additional research in order to make the determination that you are not disqualified.

Reasons for a delay or denial: HERE

A delay response indicates the subject of the background check has been matched with either a state or federal potentially prohibiting record containing a similar name and/or similar descriptive features (name, sex, race, date of birth, state of residence, social security number, height, weight, or place of birth). The federally prohibiting criteria are as follows:

A delay response indicates that information you supplied on the ATF Form 4473 has been matched with information contained in the National Crime Information Center, the Interstate Identification Index, and/or the NICS Indices. Complete disposition information is not always available and a further review of these records is necessary. The FBI exhausts all efforts to retrieve current record information by contacting all applicable law enforcement agencies, i.e., local, state, and federal courts, etc. The Brady Act allows three business days to find this information before an FFL can transfer a firearm. The FFL is not prohibited from transferring the firearm after three business days have passed; however, the FFL is not required to transfer the firearm.

If a buyer receives a delay or denial decision from the ATF/FBI it usually because of one of two reasons.  The first reason is because there is a problem with the buyer’s historical criminal history records, such as a formal arrest but no disposition of that arrest on file.  The second reason for a delay or denial decision is that the buyer is currently going through a problem that could affect his or her eligibility to possess a firearm.  Sometimes there is an issue, for example, of missing information on your criminal background check, and/or your name is too similar to someone who actually has disqualifying information in their history that is on your report. And other times, the various clerks of court who are responsible for submitting disposition information to the NICS database when your case is completed, fail to do so or make errors in the process.

Also, some states list different information as part of their data submissions to the criminal databases and leave off information that is needed to complete the background check.

What to do if Delayed

If your firearm-related transaction was not denied, your transaction may have been delayed. A “delayed” transaction indicates that either you or another individual with a similar name and/or similar descriptive features has been matched with one or more of the following federally prohibitive criteria:

Convicted of /under indictment for a crime punishable by imprisonment for a term exceeding one year, whether or not sentence was imposed;
Persons who are fugitives from justice;
An unlawful user and/or an addict of any controlled substance;
Adjudicated mental defective or involuntarily committed to a mental institution;
An alien illegally/unlawfully in the United States;
Dishonorable Discharge from the United States Armed Forces;
A renouncer of United States citizenship;
The subject of a protective order;
Convicted of a crime of domestic violence;
Persons previously denied the right to purchase a firearm based on federal law;
Juveniles pursuant to state and/or federal laws.
Additionally, you may potentially meet state prohibitive criteria based on a state statute, probation/parole/bond restriction, and/or a protection order, which includes a prohibition from possessing or receiving a firearm.

*  How do I find out why I keep getting delayed?:  Delay Steps

*  What to do if Denied: Requesting a reason for your denial

*  “I Was Denied a Firearm—What Happens Now?”
*  How Firearms Background Checks Work
*  If Denied how do I find out why?
*  Obtaining Your Identity History Summary
*  FIREARM-RELATED Information Regarding Delay & Denials 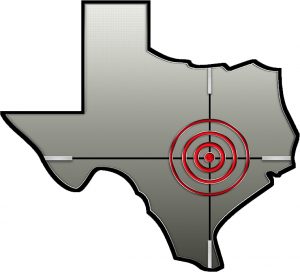